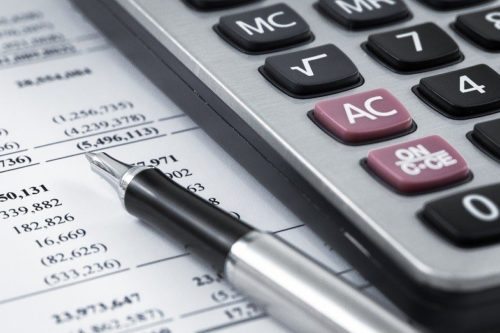 Getting accurate Expected Family Contributions or EFC estimates are increasingly important to middle-income families trying to budget for college. Families, however, often ask me why the EFC estimates our office provides to them are coming in a lot higher than the estimates they are getting from their college net price calculators.

So Why the Discrepancy?

To increase transparency of the cost of college, in 2011, the Department of Education required that all colleges place Net Price Calculators on their websites so families can see the real cost of their children’s education. The Department set out a minimum requirement of data elements that do not always accurately estimate EFC. Most of the time the EFC generated is lower than what it will actually be.

Could that possibly be true?

There is really no excuse for their inaccuracy

Shortly after these calculators were installed on college websites, a flurry of articles came out criticizing their lack of accuracy.  Families were getting EFC estimates as much as $10,000 lower than they turned out to be on their official award letters.

Proponents of the new calculators immediately pushed back by saying that the calculators were at least a “good start”, especially when you consider that prior to their installation we were all living with zero transparency. We were also promised that over time these calculators would improve. Indeed, it would take one programmer only about an hour or two to fix the problem.

Despite the criticism from some very influential writers on higher education, nothing has changed.  Some have said the problem is even worse that it was when the calculators were first introduced.

So what’s the excuse?

Colleges typically excuse their bad calculators by saying this: “If they were more complex, they might scare people away”!

Scaring them away from what?  From applying to their colleges?

You got that right!

By underestimating your EFC, a school is much more likely to get you to visit their campus and apply to their college. Lots of applications coming in for a fixed number of openings means a lower acceptance rate.  And the lower the acceptance rate the higher the perceived value of a college.

The colleges win either way.

But Isn’t This Really Bait and Switch?

It certainly is from my perspective. Colleges have absolutely no incentive to improve the accuracy of their calculators. Lynn O’Shaughnessy, a well-respected commentator on higher education, agrees.  She also exposed another trick that many colleges are using to underestimate your net costs.

In a recent article  on this subject, O’ Shaughnessy calls the colleges out on this kind of abuse by saying it is nothing short of “shameful”.   She even names several elite universities that are engaging in this practice.

The Solution Is Simple

There are three questions that are missing from most college’s net price calculators that, if asked, would make a huge difference in their accuracy:

income in calculating your EFC.   However, if you give more than

the average family to your church, you will pay less in taxes but

will also raise your EFC.   So better not ask that question!

2) Amount of your annual retirement contributions:

raise your EFC by about $4000. Better not ask that question either!

3) Break down of assessable assets:

Most calculators ask only for the total value of your non-

retirement assets.  Because many families don’t include their

529s and other education savings into their asset total, they again

will get a lower EFC estimate.  Better not tell parents what we mean by non-retirement assets!

If colleges just added the above questions to their calculators and kept them up-to-date, their accuracy would be significantly improved.While colleges lobby to keep everything the same, families should start demanding these very simple improvements.In the meantime the net price calculators are hurting families and we need to demand change.

Greg Putra has spent the last 8 years as a Financial Aid Professional at Career Education Corporation. He has experience working with the FAFSA, the appeals process, reviewing award letters and Title IV Funding options. He received his Bachelors from Northern Michigan University. As our Financial Aid Manager, Greg brings a unique perspective to help families plan and create solutions.

The College Level Examination Program (CLEP), is a program administered by the College Board that…

How the Freshman Year for Free Program Works: Q&A with the Executive Director of Modern States

The Freshman Year for Free Program launched in 2017 by Modern States Education Alliance,…

Follow Us
Search
THE LATEST
Categories
WORKSHOPS
TEAM MEMBERS
Choosing and funding a college experience can seem daunting, but our team of experts are here to assist you and to provide you with the latest information.
Schedule Your FREE Consultation
Copyright My College Planning Team. - All Rights Reserved.
Site designed by Crystal at Marketing Queen Consulting.
Back To Top
×Close search
Search