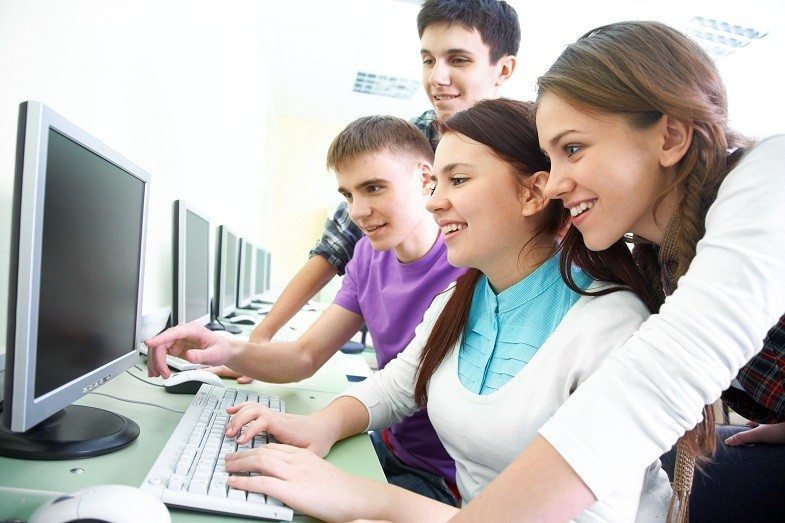 Higher education is already forging exciting new grounds in online learning, but the real ground-breaking news lies in the field of virtual reality and how it’s already beginning to change classrooms worldwide.

Unless you’ve kept up a diligent study of the latest in online learning, you may be surprised to know that MOOCs are causing serious doubt among experts. Massive open online courses (MOOCs) headline every magazine and blog from here to India and Australia, yet many would agree that the product isn’t yet what they’d hoped.

For starters, the stats are quite dismal. It’s not possible to ignore the grim reality of a five percent completion rate. That’s from a 2013 study at the University of Pennsylvania, which hosts Coursera classes online. One explanation: MOOCs are inexpensive, so students don’t need to fear the financial consequences of not finishing, as they would an expensive traditional course at a university.

Online Learning Has its Shortcomings

So yes, online learning has a few problems. Getting students to finish a course has become the new focus of the pioneers in ed tech. Most innovation is currently taking place in the area of enhancing the student experience during online education.

That’s why virtual reality is the next great hope for the future of the classroom. But will it replace the classroom? To answer that, consider what’s already happening around the world.

Some See Virtual Reality as the Savior of Online Learning

Industry leaders have thrown everything they can think of at the problem of low completion rates among MOOC students. Sebastian Thrun, founder of Udacity, one of the largest MOOC platforms in the world, tried these “enhancements” for his courses, to no avail:

Nothing worked to increase Udacity student completion rate. But he didn’t try virtual reality, which some are keen to point out may be the savior of online education… the future classroom, that is.

How Virtual Reality Works in the Classroom

Surely you’ve heard of virtual reality by now: it’s delivered via a gargantuan visor that transports its wearer to another world, common in the worlds of gaming and fantasy. It’s cutting edge stuff that titillates the imagination but so far hasn’t wowed the public with its application in everyday life.

But that may all be about to change, since a handful of universities are now forging new ground with virtual reality in the classroom. One of them is the University of Wisconsin.

UW’s Master of Data Science program is preparing to incorporate Oculus, the high-powered virtual reality technology bought by Facebook in 2014. In their own words, the UW program promises a “spectacular ride through mountains of data”…an enticement only a geeky grad student would respond to.

Nevertheless, it does illustrate the kinds of ideas people in higher ed are promoting in order to bring to life the world of online learning.

So Far, Virtual Reality Has Been Well-Received in the Classroom

The University of British Columbia has been experimenting with virtual reality, too. Using Ocolus Rift, the high-powered headset that has cornered the market so far in VR, five students attended an entire lecture remotely.

The way it worked was a computer captured the movements of the lecturer, Jon Festinger Q.C, and transformed them into a virtual avatar, which mimicked his movements. The slides he used appeared behind the avatar. How did the students respond?

They loved it! Even though the whole setup was still in the Beta phase, the students found it to be totally effective. Students were able to benefit from the types of things usually missing from MOOCs: mannerisms of the instructor, for one.

While the University of Wisconsin example of virtual reality in use is inspiring, it may still be hard for most to imagine practical uses for this technology in the classroom. The UW course was one in gaming law, after all, delivered to students already familiar with the concept of virtual reality.

But imagine for a moment, if you will, and engineering class. Headsets can deliver the real-world experience of manipulating physical objects. That’s something engineering students have had to do entirely in their own heads for centuries, using only their wits and their imagination. Bringing this process to life via virtual reality technology could dramatically change everything for the better.

Students can “hold”, move around, and fit together components of their designs just as if they were doing so in real life. The technology is already there, thanks to the gaming industry. Objects behave just as they would in real life: they drop, bounce, and generally move according to the laws of physics, making virtual reality a natural fit for engineering schools.

Another natural fit is with architecture students, who must also create designs based on natural laws of the real world. Imagine being able to test the strength of load-bearing walls using virtual reality technology. For architect students, virtual reality opens up the chance to test a much wider span of creative ideas far beyond what the practical constraints of the real world allow for.

There’s no doubt the potential is huge for VR in the classroom. However, as far as actually replacing the classroom altogether… few experts see this happening (at least not anytime soon). In a piece they did on this subject, Times Higher Education didn’t talk to anyone who thought the physical campus was in danger of being replaced by virtual reality.

For the time being, we’ve got valid and exciting uses already sprouting up, especially in the sciences. We’ll be certain to keep our eye on this as developments continue to emerge… stay tuned for updates!

As a competitive travel soccer player, I started thinking about college early on. By the…

Parents and the “Soft Launch” to College

Things Parents Know Generally speaking, adolescents are shortsighted, focused on the immediate present rather than…

Greek Life: Is it for You?

You might know already know if Greek life is the right choice for you. But,…