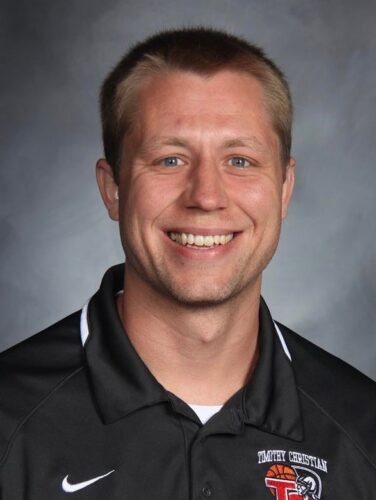 Jon is the Director of College and Career at a private, Christian high school in Elmhurst, Illinois that serves students from over 50 communities in the Chicagoland area.

Jon has served in his current role since 2015, leading students and families through the entire college admissions process, while also providing academic and personal-social counseling to all students. As part of his role, he has conducted and hosted yearly workshops about the college search, application and financial aid processes.

Prior to his current role, Jon spent three years as an Admissions Counselor and Assistant Director of Admission at Trinity Christian College in Palos Heights, Illinois, where he recruited high school and transfer students from all over the midwest, guiding them through the application, financial aid and course registration processes.

In addition to his counseling duties, Jon is also a coach within the boy’s basketball program at his high school, serving as an assistant varsity coach for four years and currently as the head 6th-grade-boys coach.

Jon earned bachelor degrees in psychology and exercise science from Trinity Christian College. At Trinity, he was also a collegiate athlete on the men’s basketball team. Upon graduation, Jon earned his master’s degree in school counseling and guidance from Lewis University in Romeoville, Illinois.

Jon lives in Villa Park with his wife and three young children. He enjoys playing, coaching and watching just about any sport, but especially basketball. He’s a life-long fan of the Chicago Cubs, Bulls and Bears.

No hourly charges…no monthly fee…no annual fees. For a one-time affordable enrollment fee, we are available to you until all of your students finish college.
Schedule Your FREE Consultation
Copyright My College Planning Team. - All Rights Reserved.
Back To Top
Search