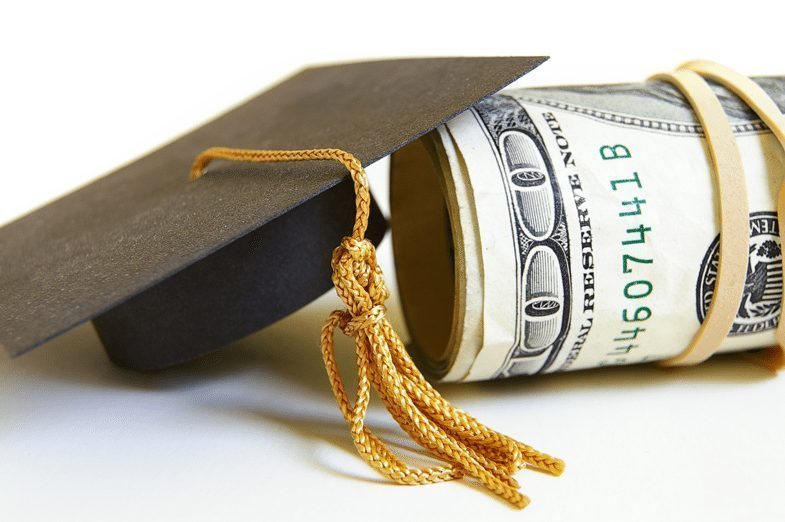 It’s no secret that most Americans find college to be an expensive venture. Even with years of planning and saving, families who are able to pay the full cost of a four year education out-of-pocket are the minority.

Since it’s unlikely that most people have hundreds of thousands of dollars lying around, there are some tried and true methods to pay for an education. The best options require diligence and foresight. However, you shouldn’t overlook alternative and creative college funding options.

One of the best things about academia is that it often rewards hard work. Even better, that hard work can take on a variety of different forms. From achievement in sports to academic excellence, even to community outreach, there’s a shocking amount of money just waiting to be claimed from outside scholarships, if you are willing to work for it.

Insisting that your student get a campus job with the school will not only lower your out-of-pocket cost, it will also give your student some spending money to enhance the college experience further. The common options are positions in the residence or dining halls, however many schools offer more exotic opportunities like campus security or student firefighter. Work study works in much the same way, except it is funded by the federal government.

While I would recommend avoiding student loans if possible, they are a more or less surefire means of financing school. There are government loans and private loans and, in dire situations, you may require both. The problem with student loans is that you have to pay them back with interest. That repayment can become a significant burden on your postgraduate life. If you don’t (or can’t, as is increasingly the case) take care of it early, you will wind up owing much more than you initially borrowed. Even though there are some positives about federal student loans, no one wants to take on too much debt.

A cooperative education is an academic program that provides students the opportunity to take college courses while also gaining valuable, paid work experience in their chosen field. There is no doubt that this is a demanding program that often requires more than 4 years to complete. However, if your student is willing to take on the challenge, it may be one of the best ways to pay for college.

This is where we start thinking outside the box!

Having to ask people for money is an uncomfortable position to find yourself in; and while nothing can make it easier from a principle standpoint, websites such as GoFundMe.com have made it easier than ever from a logistical standpoint. Most students do not have a large pool of people whom they would be comfortable with to ask for large sums of money. With crowdfunding sites, instead of asking for a lot of money from a few people, you’re asking for a little bit of money from a lot of different people. Bear in mind though, the success of a crowdfunding page is often largely dependent on the circumstances of the poster. Having some kind emotional “hook” greatly increases the likelihood of reaching the goal. Be creative, but be genuine. Making up stories to illicit more donations is not just bad form, it could cause you to actually lose your donations along with your integrity.

Quite frankly, there just aren’t all that many alternatives ways to pay for college. That being said, there appear to be at least a few on the horizon that could profoundly shake things up.

Income Sharing Agreements (ISAs) would allow investors to invest a set amount of money in a student and instead of that student being on the hook to pay them back outright with interest, the investor would share a percentage of the student’s earnings upon graduation for a set number of years. This would effectively take all the risk out of borrowing money for the student.

Another alternative that may soon catch some traction could conceivably bypass paying for college altogether. It’s a system of credentialing called Digital Badges. Instead of obtaining degrees, the idea would be to earn Digital Badges for skills and accumulated knowledge through tests and activities. While these are certainly something to look out for in the next couple of years, for now, you’re better off focusing your energies on financing an actual college degree.

Still other alternatives are on the horizon, many mentioned in Kevin Cary’s book The End of College. I’ll be writing about these in future posts.

Do you have questions about how to best pay for your student’s college education? Our College Funding Team is pleased to offer a complimentary consultation for parents. Click here to schedule your free appointment.