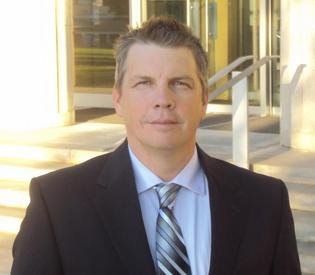 “I saw every side of the industry,” Miller says.

Later in his career, when he was working as an investment advisor at Morgan Stanley, Miller started a side business helping clients manage their student loans. Eventually, the demand became so high that he left his full-time job to start Miller Student Loan Consulting.

My College Planning Team talked with Miller about how he uses his expertise to help borrowers find the best student loan repayment strategies for their situations.

This interview has been edited for clarity and length.

Q: What specific qualifications do you have?

Jan Miller: I’m not a Certified Financial Planner — I don’t keep my licenses active anymore. That’s why I often work with financial planners or accountants, because my speciality is strictly in student loans.

I used to be licensed both as a financial planner and as an investment advisor. Now, I devote myself just to student loans, but it really helps to know the language and be able to communicate with CFPs, accountants and mortgage underwriters.

Q: When is it worth it for someone to pay a consultant like you for student loan help instead of using free resources?

JM: There’s always going to be a return on investment for my clients. The most obvious, tangible way will be in the total cumulative cost of the loan and the savings inherent in understanding which repayment strategy makes sense for them… Typically, clients will have lower payments, lower total cost, greater amounts of forgiveness, etc.

Q: Can borrowers do what you do on their own through their loan servicer?

JM: I would say that a majority of it, technically speaking, the borrower can do on their own — if they knew what to do and how to do it exactly. I’d argue 90% of most student loan servicers’ customer service representatives don’t really understand half of what the borrower needs to know… And a lot of times, borrowers will have multiple loan servicers, so who do you ask? They’re all going to give you different and wrong answers.

Q: What do you say to people who are frustrated with their student loan servicer?

JM: There’s another value-add of mine, too… one of the main things is to understand the language and the jargon that comes through… I often tell people, if they hire me, they’ll never have to talk to their loan servicer again. It’s difficult — I would say, even impossible — for me to give general solutions to the loan servicer problem when it’s a giant, huge problem in the industry.

The one thing I would say is: No loan servicer is better than the other. They’re all terrible, and Navient gets the most bad rap because they’re notorious… [but] all loan servicers are just as guilty as they are… I’d say two out of five times [loan servicers] give wrong answers, at least. Conservatively speaking.

Q: Can you repeat the example about the rate reduction you negotiated for a client’s private student loan?

JM: Private student loans aren’t subject to federal regulations, so they have their own policies. Some lenders, like Citibank or Discover, they almost do nothing [for borrowers who can’t afford their loans]… They may give you a couple of months of forbearance but no long-term solution. But some other lenders, like Sallie Mae and Navient, or even American Education Services and Citizens Bank,  will have loan modification processes where you can actually negotiate better terms — at the very least, temporarily — that can really make a difference.

In the example I was giving you, I was speaking to a client with $142,000 in debt, an average weighted interest rate between three loans of 11.5%, and a payment of somewhere around $1,500 a month. [The client] had already attempted to work it out with Sallie Mae and failed. People are coming to me after the loan servicers have already failed them. Every time people talk to me, I’m doing something their loan servicer couldn’t do for them, or that they couldn’t do by going through the normal channels.

People are coming to me after the loan servicers have already failed them.

In order to quality for the rate reduction program for Sallie Mae, customer service can’t offer the program. So you first of all, you have to know that you have to let your account go past due at least nine days before you can even ask for it. And then, what the borrower is not going to know, is there is a specific phone number for the rate reduction department that’s not listed anywhere, and if you call them directly you’re going to get a more seasoned, knowledgeable representative, and your chances of approval are that much higher. And then on top of that, in order to get approved, you have to demonstrate that your net income minus expenses is less than what your payment is now — in other words, demonstrate there’s no way you could afford the payment.

If you get all that correct and you’re properly prepared for the call, and you get through it and get approved, then Sallie Mae will extend your term — in some cases, out to 25 or 30 years — and lower your interest rate … anywhere between 2% and 6% for as much as 24 months at a time.

So in this particular case, the person basically cut her payment if half — from $1,500 to $750, if you round the numbers — and dropped the interest rate by a third, from 11.5% to 4% for 24 months. Now that person has the ability to pay on her other debt and afford the payments without getting into more debt.

Q: How do you know all of this?

For example, I think the U.S. Department of Education states somewhere that you can only consolidate your loans once. That’s not necessarily true — I’ve consolidated federal loans up to three times. According to the book, it says you can’t do that, but you can. If you understand what those are, that’s a lot of power that you have — a lot of leverage.

Q: Can you give another example?

JM: I had a client who was in default on about $150,000 in federal student loan debt, and had already failed to do a loan rehabilitation agreement (You can make nine consecutive payments to bring your account back into good standing and rehabilitate the loan). And because the loan was in wage garnishment and there was Treasury offset…  they wouldn’t let them do a consolidation, either — also due to the fact that they only had one Direct Consolidation Loan and a Perkins Loan. This person worked for a nonprofit, so if they could just get the rehabilitation, they could then get into the [Public Service Loan Forgiveness] program and pay half of what they would otherwise.

I was able to consolidate a Direct Consolidation Loan with a Perkins Loan in a default consolidation and completely rehabilitate the loan, bring it back to good standing and put them in the PSLF program, which they’re in now. So instead of having to have their taxes taken every year and be in collections and have to pay the collector thousands of dollars a month just to pay off the loan, they’re now making a $250 payment in PSLF and on pace for a total out-of-pocket cost of probably a third of what it would have been otherwise. I literally made a $100,000 difference for that client, and that’s not unusual.

I literally made a $100,000 difference for that client, and that’s not unusual.

Q: Can you describe the strategy you recommend for older clients who still have student loan debt?

JM: [Student loans] cancel upon death, which is important to know. If you’re already in your 50s or 60s, then you can combine a number of programs — stack them on top of each other, as I would say —  in a way that will basically push your loan payment off … so that the loan outlives you and you’re only stuck with the amount you paid in monthly payments along the way.

So, for example, a client I had was 58 years old and had $238,000 [in student loan debt] at 8.5%. They were making $70,000. Their payment on the income-contingent-repayment plan would have been like $1,000 or $1,200 a month. They were just not able to afford those payments. They were going to have had to work 10 years beyond retirement. So what I did was create a strategy where we stacked a number of different deferments and forbearances that they qualified for to last a full decade, so that by the time they used up all those deferments and forbearances, they were retired, at which point we transitioned them into the income-contingent repayment plan, which would then lower their payment based on their retirement income. And then they would just pay that until either the loan was forgiven after 25 years, or until they died, at which point the loan was cancelled.

Q: Is this type of thing ethical?

JM: That’s the biggest concern with the senior plan, is that this sounds a little shady. It’s just like using loopholes for your taxes… All you’re doing is using the regulations in a way that benefits you the most. You’re not doing anything wrong, you’re not lying on any applications. Everything you’re doing is ethical and honest and straightforward. If you qualify for it, you qualify for it.

Here’s an example of something only I could probably help most borrowers do… It’s a-case-by-case situation, though. It’s not something that works for everybody. It all depends on the timing, when you’re going to retire, what your income is in relationship to your balance, what types of loans you have…  I can’t get 10 years [of forbearance] for everybody, but in certain situations I can.

All you’re doing is using the regulations in a way that benefits you the most.

Q: Does it depend on the servicer?

JM: Well, yeah, I’ll give you an example: Navient, FedLoan, Nelnet and Great Lakes, they’ll put you in 12-month forbearances for three years without the requirement for proof of income… You just fill out the form, send it in and they’ll approve it — no questions asked. MOHELA won’t do that, neither will CornerStone or some of these other, smaller loan servicers.

Teddy Nykiel is a journalist specializing in student loan repayment and college financing. Her work has been published by outlets including the Associated Press, USA Today, MSN and Reuters.

Most recently, Teddy was a staff writer and student loans spokesperson for NerdWallet, a personal finance website with more than 10 million monthly visitors. She has a bachelor’s degree in journalism from the University of Missouri.

The ever-growing costs of college are often characterized as “an investment in one's future.” In…