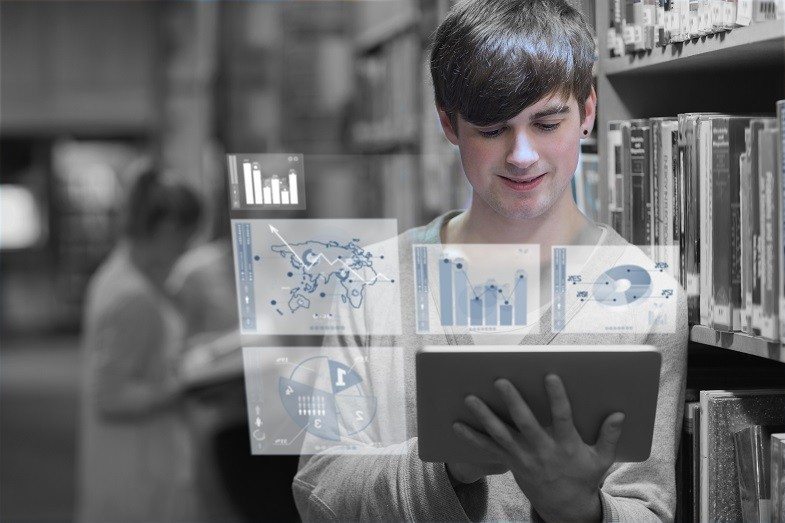 The formula was simple: a teacher teaches, a student learns, and textbooks are the bridge that connect the two. If you needed more specialized information on a specific subject than an encyclopedia could offer, a textbook was likely the only place you could find it.

Then came the internet.

With very nearly all of humanity’s accumulated knowledge available at the push of a button, the question becomes – why do we need textbooks? This question becomes especially provocative when faced with the prospect of spending hundreds of dollars for them every semester.

The academic world has noticeably dragged their feet coming up with an answer to that question, only recently beginning to put forth a possible alternative. Open Educational Resources (OER) programs. Students want to stay on budget, and OER is one way to do that.

Open Educational Resources (OER) programs seek to replace the current (proprietary) model of teaching from textbooks with a curriculum comprised of freely available information, in an attempt to lower the cost of a higher education and potentially speed up the learning process.

Though most of the information used would come from digital sources, OER classes are not necessarily online courses in the traditional sense. The idea is to provide the best of both worlds – the learning environment of the classroom, with the ease of access and relatively cost effective nature of the internet.

The OER Degree Initiative is exploring the idea of an entire program based around OER, but it is still in what could be considered a trial phase. So far, it is only expected to be implemented at 38 community colleges, none of which in Illinois. Many high level institutions offer course information online in the form of OER. OpenCourseWare is perhaps the most well-known of these programs offering course information and online textbooks from schools like MIT and Yale. While this information is available to the public, it is not meant or expected to serve as a substitute for actually taking the course, and few use it as the crux of a curriculum.

Not everyone is so excited by the possibilities Open Educational Resources present. Alain Bourget, an associate professor at California State University at Fullerton assigned a $75 textbook and free online materials instead of a $180 textbook. While his students probably appreciated the substitution, his superiors did not. He received a reprimand from his department for refusing to assign the $180 book which he has since challenged on the grounds that the information is the same despite the source. The university’s counter to this is that there should be uniformity across all sections teaching the same course. It should be noted that leaders of the department that issued the reprimand to Bourget just so happen to also be the authors of the $180 textbook he is being forced to assign, though the university maintains that their decision has nothing to do with that correlation.

Bourget went so far as to call the textbook status quo a racket, being forced to assign new editions of the same material year after year preventing the use of used books. He is far from the first to use this characterization. If you force students to buy a specific edition of a specific book in order to pass a class, then you can charge whatever you want for it. It is no coincidence that books for the public are cheaper than they’ve ever been, while college level textbooks are more expensive than ever.

Proponents of Open Educational Resources (OER) are watching Bourget’s case with particular interest as it fairly succinctly typifies the struggle between the old way and the new. Unfortunately, CSU at Fullerton’s resistance to change is something you can likely expect to see at most Universities across the country.

The major argument against Open Educational Resources (OER) (that isn’t financially motivated) is the unevenness that variety inherently denotes. To date, there is no official body to regulate the good resources from the bad, which could theoretically lead to lopsided learning. This is a somewhat dubious critique as common sense and a trained eye (like that of a professor) could seemingly quickly dictate which resources would be valuable and which would not. Another more real obstacle is that faculty can be resistant to changing the way things “have always been done.” While the basic principles of teaching would likely remain similar, the perception is that the evaluation and compilation of supplemental OER as opposed to simply assigning a textbook, would lead to a lot more work for the teachers. In the short term, this perception is probably not unfounded.

Despite the obstacles facing the implementation of Open Educational Resources, the benefit to the student, and more specifically, their parent’s wallet is undeniable. College is expensive. College would be expensive even without textbooks that cost hundreds of dollars. The entire college process is rife with hidden expenses. However, every little bit helps; and in the case of textbooks, that little bit can add up to thousands of dollars over four years.