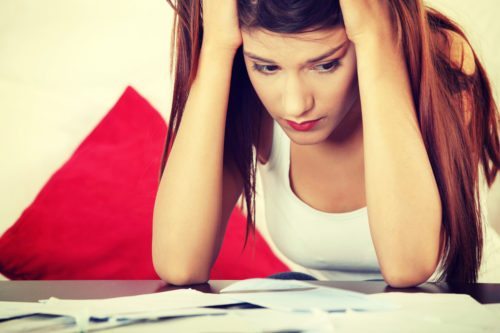 It’s no secret that students spend a lot of time dealing with student loans. In fact, U.S. residents carried more than $1.5 trillion in student loan debt as of September 2018, according to the Federal Reserve. Students often juggle multiple loans issued through different loan servicers and with varying repayment terms. Repayment issues aren’t uncommon. The delinquent rate on student loans was greater than 10% in 2017. But help may be on the way with the roll-out of the U.S. Department of Education’s new platform for federal student loan borrowers.

Federal Student Aid’s Next Generation Financial Services Environment or NextGen is expected to be borrower-ready in 2019. This is the same year that the companies currently handling federal student loan repayments will see their contracts expire. This new program is one of the major initiatives of Secretary of Education Betsy DeVos. The new Federal Student Aid platform will consolidate borrower and loan information and transactions into a single access point. And it will not restrict the number of student loan servicing companies, as originally suggested.

The NextGen platform will serve as a clearinghouse where students can transact with all of their student loan servicing companies for all of their loan accounts. This will include students interested in loan consolidation, moving to an income-based repayment plan, or the Public Service Loan Forgiveness program. At the same time, the federal government will have a better grasp on whether student loan servicing companies are living up to the agreements made with the government and borrowers. Secretary DeVos also expects NextGen to improve customer service and borrowers’ experience. To that end, Federal Student Aid is basing its work on the best practices of other related companies with high marks in front- and back-end components like computer hardware, software, and customer engagement.

How NextGen Can Help

The arrival of NextGen was announced in the summer of 2017. It was expected to quell criticism from people who thought the Department of Education’s original plan to have a single loan service company handle all of the platform accounts was too much of a monopoly, and from those who felt that student loan servicing companies had been taking advantage of borrowers.

The benefits of the NextGen platform are expected to include:

As it is still quite early in the process of constructing the NextGen platform, many of the details still need to be worked out, such as what kind of assistance may be available to borrowers having difficulty making their student loan payments. However, some of these potential benefits are mandated by Congress, and so more likely to come to fruition.

Why a New System?

The U.S. Department of Education had been working to replace the current system for several years now. In spring 2017, Secretary DeVos considered revisions to the established RFP, including consolidating the number of student loan servicers into one. However, there were also concerns about having a single entity service all loans; could this “monopoly” cause more harm than good? Both service companies and the public were dissatisfied, albeit for different reasons.

Borrowers have long complained about student loan servicing companies. Common issues include poor communication and a lack of transparency, as well as errors in handling payments. Many borrowers felt that federal student loan servicing companies were not working in their best interests as consumers. Others felt that a lack of timely consequences from the federal government when companies erred did not give these companies an incentive to improve their performance.

More recently, there been some controversy about the Public Service Loan Forgiveness (PLSF) program. Under PSLF, signed into law in 2007 – when federal student loan borrowers make 120 payments according to their repayment plan under certain employment criteria, with each of these three parts subject to qualifications – they can apply for loan forgiveness.

The qualification process includes annual certification of employment eligibility and generally requires precise record-keeping on the part of the borrower. In 2017, the first group of eligible borrowers submitted loan discharge applications to the PSLF program. As of June 2018, federal records show that about 28,000 borrowers filed 30,000 applications. After 93% of applications were processed, only 289 were approved and only 96 borrowers had their loans forgiven, worth $5.5 million. Two-thirds of the applicants did not meet program requirements, and one-quarter of the applications were missing information.

Among the many complaints leveled against the servicing companies, some borrowers claim that their student loan servicing company did not provide them with all of the information they needed to make educated decisions about PSLF and other issues.

It’s expected that NextGen will make it easier for borrowers to access the information they need in language that’s easier to understand and interact with multiple loan holders with minimum friction. The establishment of common metrics for measuring student loan service companies’ performance may help the federal government with oversight of the federal student loan program, protecting students’ rights and ability to make informed decisions based on all available information.

What to Keep In Mind as NextGen Goes Live

While it’s hoped and expected that the new platform will help student loan borrowers, there are several things to keep in mind as Next Generation Financial Services goes live in 2019. It’s believed that two versions of the platform will have to be built, as some borrowers have older loans that are no longer offered, like Perkins loans, and others only have “new” loan products. It’s unclear if or how students may be able to navigate the two parts of the platform.

Also, the transfer of more than 40 million records from several companies into a single combined platform is a technological feat. While no one hopes for any glitches, it’s only wise to be prepared. And little has been said about how Federal Student Aid will oversee and hold student loan servicers to account.

Despite any potential flaws in the NextGen student loan platform, it’s exciting to see on the horizon a solution to many of the problems that have been plaguing borrowers. As students and their families wait to see the final product, it’s not too late to ensure their own recordkeeping is up to date. That way, any discrepancies can be reconciled as soon as possible once NextGen (Next Genreation Financial Services) goes live.