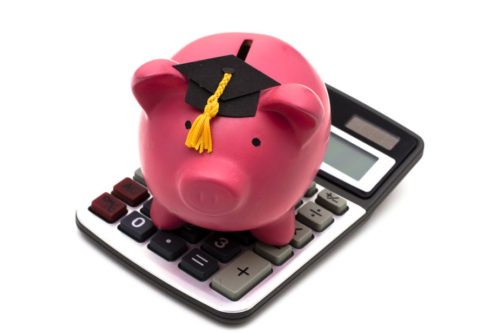 What if department stores manipulated their pricing systems so that when you checked out, the cost was a complete surprise?

It would be hard to budget, hard to compare prices, and hard to plan your life.  Believe it or not, that’s exactly what is happening right now in our college and university system.  The price of going to college, or the Cost of Attendance (COA), is all but impossible to pin down, and even more difficult to compare between schools.

Why is this happening, and how?

Whether the college Cost of Attendance is being manipulated, incorrectly calculated, or differently calculated from year to year (and from school to school), the result is the same: students and parents have a very difficult time of figuring out just how much money they need (and are being offered) for college.

Why are schools doing so badly at figuring COA?

It’s not that schools are necessarily manipulating their COA estimates.  New America surveyed over 3100 U.S. schools who offered Bachelor’s and Associate’s degrees. What they found was that most schools have indeed seen both COA and tuition rise between 2011 and 2015. That’s consistent with reality, and with good-faith estimates of how much it costs to attend their institutions.

Surprisingly, however, some schools – about 11% – raised their tuition but reported a lower COA during the time period covered in the survey.

Equally surprising was that 2% of schools reported lower tuition but higher overall college Cost of attendence estimates. While there could be explanations for this, the actual figures raise some eyebrows.

Seton Hall’s Robert Kelchen took a look at the COA estimates in this survey and found that 27 of the schools reduced the room and board estimates by $3000 or more during the three-year period of the survey. To him, that sounded unreasonable.

He pointed out some extreme examples from the survey, causing speculation that school administrators are intentionally rigging the numbers.  These are the extreme reductions in living allowance estimates:

The key to understanding this is that as tuition continues to rise, one way to decrease sticker shock is to lower the other components of COA.  That way, the overall figure can be lower, even though tuition may be through the roof compared to the previous year. That means schools who raise their tuition can actually report a lower COA, thus appearing more budget-friendly than they are.

It makes you wonder: “How is this possible?”

College Cost of Attendence is actually governed by federal law.

The way different schools figure COA may be all over the board, but that doesn’t mean there are no rules.  Federal law does actually specify which types of expenses count when calculating the cost of attendance.  Plus, the U.S. Department of Education guides schools in figuring COA, so while we cannot really call it regulation, it is a form of oversight.

The main reason the Department of Education sticks its nose into COA matters is because the dollar amount produced is necessary for figuring how much financial aid gets offered to students.  There is little mention of oversight for consistency among schools, however.

In any case, expenses which may be included in Cost of Attendance are:

A list is only a list, however, and without regulations, schools are free to manipulate the COA figure to suit their purposes.

It works like this: although this list of acceptable college Cost of Attendence expenses is set by federal law, it is up to each school to interpret the list and come up with dollar amounts for each line item.  One school’s transportation cost estimate might very easily be double that of another school’s which happens to be located right in the very same city!

Braden Hosch, of Stony Brook University, explains that how to estimate off-campus living expenses isn’t specified by the feds and that many financial aid offices survey their students. Depending on the economic level of the student body, that estimate can vary.

Of course, the devil is in the details, and interpretations can vary wildly… so wildly in fact, that the way COA is figured has become a heated debate in higher education circles.

Why does college Cost of Attendance matter so much?

How much a college or university costs plays an important role in more ways than most people realize.  Since cost is summed up in one tidy number, much hinges upon this number. COA figures are published on school websites, which gives prospective students and their parents a handy cost comparison metric.

But what many don’t realize is that the numbers they see can be manipulated.  Even if there’s no intentional manipulation going on, the long leash administrators are given in figuring COA means comparison shopping is a risky, if not totally useless prospect.

Another reason COA figures matter so much is that they are the basis for financial aid, grants, and scholarships.  A school reports its COA to the federal government and in turn is granted so much in federal aid to dole out. The school then offers aid packages comprised of scholarships and loans.

Discrepancies in COA mean discrepancies in aid packages.  Students will be receiving varying offers from different schools based on these varying COA calculations.  That means a difference in how you calculate the COA can actually end up appearing to be a “better deal” to the student.

In other words, how you calculate the COA can make it look as if your school is offering more scholarships than another school, when in reality they are not.   The implications are huge for recruiters.

College Cost of Attendance determines what?

We’ve already mentioned that Financial Aid offices use COA when offering aid packages to their students. But Financial Aid isn’t the only department to hinge tons on this number. COA can potentially figure heavily in recruiting, too.

This is also where college athletics come into the picture.  Sports programs are gigantic sources of revenue for colleges, which means recruiting the best players is a hot game in a competitive market.  So of course the aid package a school is able to offer its future athletes is incredibly important. In this way, Cost of Attendance becomes a recruiting tool.

Some are calling for tighter oversight and more regulations for college Cost of Attendance estimates. Some schools debate among themselves what types of expenses should or should not be included.  Others simply call for more transparency.  But whatever happens, one thing remains: students and parents should know how little they can really count on Cost of Attendance figures to tell them what it’s really going to cost to go to college.

Matt Grzetich received his BA in Organizational and Corporate Communications from Northern Illinois University. He has over 10 years of experience in Assisting families to understand the enrollment and financial aid process within Higher Education. His most recent experience has been Managing the Student Finance Operations team for a large proprietary University and specializes in: FAFSA, the appeals process, reviewing award letters and Title IV Funding options. Matt is passionate about helping families understand the financial aid process and navigate the most cost-efficient options to pay for college. He is also the father of two small children and volunteers his time within the school district.

Tools to Help Pay for College

There are many, many options when it comes to finding resources to help you figure…

Why It Is Always Important to Reduce Your EFC

How important is it for you to know how to reduce EFC for college? EFC stands…