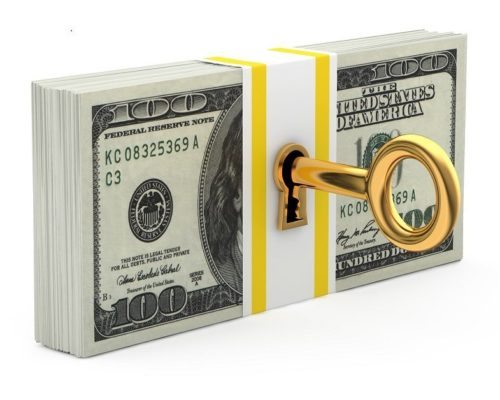 The ever-growing costs of college are often characterized as “an investment in one’s future.” In a cruel twist of fate, the price of that investment remains on the rise, while its security begins to wane. What if we treated students as investments instead of debtors? Imagine that the amount you owe is entirely contingent on what you make. This is a reality at Purdue University and could become a well-needed alternative for students all over the country.

College is very expensive, so much so that the vast majority of students need to take out loans to pay for it. Many do so in the hope that their degree will make paying the loans back a non-issue. More and more they are finding that not to be the case. The current financial model of academia is not a sustainable one. Something has got to give.

An Alternative to Student Loans

A possible solution could be Income Sharing Agreements in higher education (ISAs). The basic idea is for an investor to take on some of the financial burdens for a student and upon graduation that student would share a portion of their income for a set number of years. The more you take, the higher the percentage, and/or the more years you’ll have to share your income. Unlike a loan, the amount due upon completion of the student’s studies would be entirely dependent on the student’s income. If for whatever reason the student is unable to produce an income, (as is the case more and more people these days) they won’t be on the hook for anything at all until they can.

The idea dates back to the 1950s and was the brainchild of economist Milton Friedman. Income Sharing Agreements in higher eduction are actually already in use in Latin America. While the US may be playing catch up, and Purdue is only in the research phase. Should things go well; ISAs could be a real game-changer when it comes to financing college.

For now, the program is offered only to Juniors and Seniors. Understandably, investors want to see some sort of evidence of work ethic and direction. However, this means you would have had to finance two years of college already before income sharing agreements in higher education would be of any assistance to you. People are often deterred from starting college at all by the high prices and fear of debt.

The Reality of Investments

Income Sharing Agreements in higher education could save students thousands and dramatically cut down on postgrad anxiety, however, if you are shocked by the school’s generosity, perhaps you shouldn’t be. This is not an act of pure altruism. Should a student earn enough, they could repay the initial contract twice over (with a maximum repayment figure of 2.5 times the original contract value). Moreover, the basic concept of the agreements bears an uncomfortable similarity to indentured servitude. That said, while the visage may be reminiscent of the distasteful system, the major difference is that in practice, it is the student who comes out ahead, while the university incurs nearly all the risk. If anything, the current loan/debt system students are often forced to deal with now is closer to a form of indentured servitude, as, in most instances, the burden lands squarely on the debtor.

There’s another, more legitimate elephant in the room; how to deal with those whose grades and/or prospects are not as promising. What’s more, the higher-achieving student is more likely to already have grant and scholarship money, leaving those truly in need of the program under-qualified for it. It’s difficult to view this as a problem however, as education is a meritocracy at its core. As well it should be? But then, who do you help? Those who deserve it or those who need it? They’re not always going to sync up, and it is unlikely that this program can adequately do both.

At the end of the day, it should never be forgotten that colleges are businesses. If they are going to invest in someone they are going to want to see a positive return on that investment. That could be a real problem for high achieving students in fields that are not traditionally associated with high earning potential. Teachers and social workers are not known for bringing in the big bucks but do important work for our society. In these cases, students could be both deserving and in need and still miss the boat.

Are Income Sharing Agreements in Higher Education Worth the Risk?

Flawed as income sharing may be, it can’t be refuted that an alternative to taking out copious amounts of money in loans is a step in the right direction. While it can’t help everyone, the people it does help, it helps a great deal. Broader institution of these income sharing agreements in higher education would likely serve to iron out the kinks as opposed to exacerbating them. Whether it would help to alleviate the widespread massive debt students are dealing with today, or just help the elite few who largely don’t need it anyway is difficult to say. The only way we can find out for sure is if the schools, the government, and open-minded investors have the courage to give it a try. Risky as it may be for them, students can really only benefit.

If you would like to explore other college funding options and strategies, our Financial Team offers complimentary consultations. CLICK HERE to schedule a free one-hour meeting.

After receiving her BA in Accounting from San Jose State University and quickly attaining her CPA license, Billie Jo gained over 20 years of experience in accounting and finance at a variety of companies including Symantec Corp, Thomas Weisel Partners (a San Francisco investment firm), and several Silicon Valley startups. Her most recent experience has been in small business bookkeeping, family budget analysis and individual/small business tax return preparation. Billie Jo Weis is a mother of three children in middle school. With a passion for family success, she has devoted the past 12 years to her boy’s athletic, social and academic lives, including volunteer work at her children’s schools with such programs as Junior Achievement. Billie Jo is driven and passionate about helping families with financial strategies on how to find the most cost-efficient options to pay for college. With three children soon to enter high school, Billie Jo knows first-hand the challenges and concerns of preparing for the cost of college.

Jan Miller is a student loan expert and founder of Miller Student Loan Consulting, where…