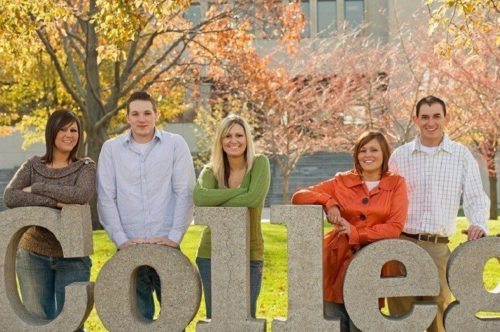 This blog is Part 2 of a three-part book review of Kevin Cary’s, The End of College.

So What Will Replace the Current Model?

When we finally realize that we don’t really need a Gucci-priced education for our kids, we will still need something to replace it.  For starters, a new model requires great content and an effective way of delivering that content to the student.

In 2013, something happened that put the wheels in motion of the coming transformation.   MIT launched its first MOOC (Massive Open Online Courseware) – a biology course called “the Secret of Life”— and allowed anyone in the world to access it for free.

Professors on the campuses of our elite universities also have big egos.  They quickly became enamored with the thought that their lectures could now reach millions of people around the world. What happened next was quite predictable. These professors began competing with their peers to produce and introduce their own MOOCs.

According to the MOOC providers that Cary interviewed for his book, in the next five years there will be over 5,000 courses available.  This means that most all of the courses available from all of our elite universities will be available to students around the world.  These courses are also not your garden-variety on-line courses.  The average MOOC requires a team of about 15 people to produce at a cost of $200,000 to $300,000.

Course materials include searchable textbooks with hundreds of pages of charts, graphs, and explanations.   A biology course that Cary took included a 3-D fruit fly simulator an interactive gene viewer, and other amazing interactive features.

Through its forums and message boards, the student can also access thousands of other students taking the same course for help.  Collaborative learning, of course, is essential to education.

Imagine having access to every course available from our most elite universities, taught by their best professors—courses which were previously limited to a small number of students who were lucky enough to earn admission and who also had the ability to pay for it.  You and your children can have it for free.

What will make the MOOCs a major disrupter of higher education is not because a bunch of universities are offering 5,000 courses online, but that these online courses will be produced by the best professors from the best universities.  Indeed, they will be providing the same lectures, the same tests, and same discussion groups for free to anyone, anywhere.

Tomorrow’s university, according to Cary, will not be bound by a physical space. It will be in cyberspace and accessible to anyone with a computer and an internet connection.

Tomorrow’s university will offer much more than the content just described from the MOOCs.

Cary also believes that the University of Everywhere will be highly personalized, primarily made possible by the huge leaps we have made in our knowledge of human cognition and neuroscience over the previous decade.  With the very recent advances in artificial intelligence, a computer program can now monitor and analyze a student’s strengths, weaknesses, learning style, and progress in real time.

The computer program can then make real-time adjustments to how course materials are delivered to each individual student.  Students will not only learn more effectively but will better integrate what they learn into the “bigger picture”.  Instruction will be given at precisely the right speed to assure learning and retention.  Some students will be able to learn the material in half the time it would take them in a traditional classroom.

The new Online education will not just produce results that are equal to the traditional classroom but that are far superior to it.

People often pick winners in the world of business by simply following the money.  When many millions of dollars start pouring into a new startup from the major venture capital firms, there is often a good chance for the success of that venture.  For the past few years, many of those millions of dollars are being bet on the success of private MOOC platforms like Coursera and Udacity.

The amount of those investments is projected to significantly increase over the next couple of years. Competition is fierce. The MOOC providers from the private sector are not only competing with each other, but they are also competing with the elite nonprofit universities who are determined not to lose out to the private sector. (It looks like Coursera is currently winning that battle)

There’s nothing like competition to fuel the fires of change. It’s one more reason that I find Cary’s arguments that transformational change is coming within the next decade or two quite compelling.

Breaking Through the Final Barrier

Unfortunately, having the content and the money will likely not be enough to upend our 800-year-old hybrid university model.

Why? Because the universities (though encouraging their professors to produce better MOOCs than their competitors) are also steadfastly refusing to give credit for them.

Our universities have a monopoly on the currency of higher education—college credit and the degree that goes with it.  The irony, of course, is that they are also promoting the very thing they may also result in their own demise.

In a recent article in the New York Times, Scott Sandage points out that it was our universities that made great contributions to the same technology that may put them out of business.

Cary believes that their resistance to giving college credit will soon be of no help to them simply because we will soon live in a world where opportunity will be based on what people have learned and how they perform rather than how many college credits they have earned.

Once a credentialing system is in place that makes the college credit a relic of the past can the University of Everywhere become a reality. That new system is now in the works and I will discuss it in Part 3 of this blog series.  Stay tuned!

Learn more about Jack Schacht at My College Planning Team.

If you haven’t identified your dream career, making any college decisions can feel daunting. In…

“What do you want to do when you grow up?” This is the age-old question…