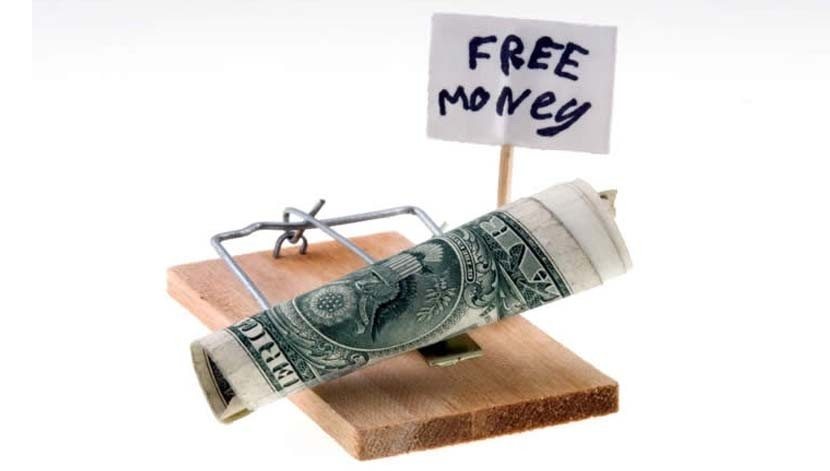 The financial aid process can be a daunting one. It’s often a good idea to seek out help when filing your FAFSA. How you file can be the difference between receiving or not receiving quite a bit of money. More financial aid is (ostensibly) allocated to those who express the most need. It is one of the few instances in which the worse your finances look, the better you are for it. The savvy filer will create the worst possible snapshot of their financial situation in order to keep their EFC as low as possible.

There are those however who take this principle too far. Instead of a favorably captured financial snapshot, some will fabricate their circumstances entirely. This is a very bad idea. You need to make sure that you know how to avoid FAFSA fraud.

Lying on Your FAFSA is Fraud

It is extremely important to know how to avoid financial aid fraud. It can be tempting to leave off an asset here, under-report another one there. It’s not lying, it’s just telling a less complete version of the truth. This is a dangerous line of thinking. These aren’t little white lies, they are a fraud; and if your conscience doesn’t punish you, the federal government will be more than happy to. If you’re expecting a slap on the wrist, you’ll have another thing coming. Aside from returning all of the ill-gotten gains, fines for FAFSA fraud can reach as high as $20,000. If the fiduciary penalties don’t frighten you, perhaps the possible 5 years in federal prison will more effectively deter you. It’s not worth it.

Perhaps even more alarming, fraud and mistakes are difficult to immediately differentiate. It’s in your best interest to make sure you file correctly. The best way to protect yourself from fraud and mistakes is to get FAFSA help from a professional who is well acquainted with the forms and procedures.

You Probably Won’t Get Away with FAFSA Fraud

Financial aid administers are not only aware that people falsify their FAFSA, they are vigilantly looking for it. They know how to spot discrepancies; it’s what they do for a living. It’s fairly safe to assume that they are better acquainted with the forms than you are. That is why outside FAFSA help can be such a boon. You should know how to avoid FAFSA fraud, because there is no way to get away with it.

Hiding assets, aside from being extremely dangerous, also ends up being not that effective. Parents assets are only a small fraction of EFC calculations. Your income is going to be a much more impactful factor.

Pierre P. Mortemousque, like most parents, was faced with the “happy burden” of paying for his daughter’s UGA education. In-state versus out of state tuition often varies by several thousand dollars; and Mr. Mortemousque lived in Virginia. Mortemousque decided to get creative by renting an apartment in Atlanta and using it as his address to receive in-state tuition prices. Mortemousque then used his actual Virginia address to receive in-state tuition for another of his kids who was going to school in Virginia. Not surprisingly, Pierre P. Mortemousque’s discrepancies did not go unnoticed and he was called on his actions. As a mea culpa, he repaid to the school the money he saved because of his deception. No harm done right? Wrong. He’s being prosecuted to the full extent of the law for multiple felonies, including theft.

Joseph N. Fonge had the distinct pleasure of having a daughter attending Harvard. In an attempt to make the financial burden of the prestigious university more bearable, he decided to falsify his FAFSA, taking it a step farther by falsifying his taxes to match. The scheme was successful, earning his daughter around $160,622 in aid over 3 years from Harvard. It worked so well the first time, he used the same tactic to help his other daughter receive $46,600 from the University of Rochester. As you can imagine, he was caught. He plead guilty to 3 counts of wire fraud and faced up to 20 years in federal prison.

Donnica and Jamanda Crossland are mother and daughter. Unlike the other cases, it was the daughter Jamanda who committed the fraud on her FAFSA. To aid her daughter in this venture, Donnica reported no income. The ruse netted Jamanda $521,819 in aid. They were caught and plead guilty to fraud and making false statements. They faced 5 years in prison, $250,000 as well as the unenviable task of paying back the $521,819.

If there’s a take away from these stories, beyond that FAFSA fraud is a bad idea, it’s that all of these people ended up pleading guilty. There isn’t much of a defense for this kind of fraud; once you’re caught, you’re caught.

I feel confident that if you’re reading this, then deliberate FAFSA fraud is not your college financing plan. However, mistakes are easily made and an experienced eye could help catch mistakes you don’t even know you’re making. It can be confusing to know how to avoid financial aid fraud.

With My College Planning Team, FAFSA help is free for your first filing, it’s an opportunity you should definitely take advantage of. Contact Greg Putra for more information.

Greg Putra has spent the last 8 years as a Financial Aid Professional at Career Education Corporation. He has experience working with the FAFSA, the appeals process, reviewing award letters and Title IV Funding options. He received his Bachelors from Northern Michigan University. As our Financial Aid Manager, Greg brings a unique perspective to help families plan and create solutions.

What is EFC (and Why Does it Matter)?

EFC stands for expected family contribution. It’s the amount that the government and colleges calculate…

The Benefits of Student Work in College